Below Pat, Roxy, Walt and Murray are cashing in on one of Murray's picks at the Albury country meeting. 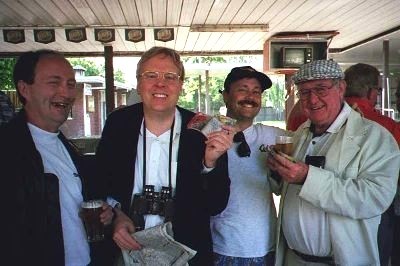 Albury in Australia on the way to the Cup during KG1

KG 4 (Aug 2001) - Longacres Mile Emerald Downs (Vancouver & Seattle)  Hilight of the trip was poetry with Murray Dwyer vs. Stephen Roxborough (poet and proprietor of the "Riders in the Stands Bar") in Anacortes, WA.

Mini KG event (May 2002) - Roxy & Maury Wolff (below) host us at the Preakness where we rub elbows with McChump, Jay Privman, Andy Beyer, Dick Jerardi and the Sinisi Brothers.  See:  www.mcchump.com and click on 2002. 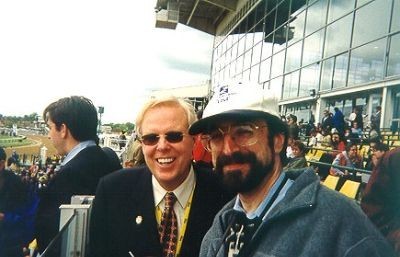 Roxy and Maury at Pimlico before Preakness

KG 5 (Nov 2002) - Melbourne Cup watched at Canberra (Sydney, Canberra, Noosa). We visited Noosa, a popular seaside resort in Queensland after Sydney & Canberra where we had a place on the beach, kayaking, Koala's in a National Park a mile away, numerous sidewalk cafes, camel rides on the beach and a race book on the beach for the die hards.

KG 6 (Aug 2003) - Humboldt County Marathon @ Ferndale (Del Mar, SF, Ferndale) Probably the warmest welcome the KGs will ever have. See winners circle photo (220y Mule race) under "Humboldt County Fair" section.  This is a great 2 week race meeting with all the fair food you can imagine available between races.

KG 7 (June 2005) - After a year off to freshen up we headed to England, Scotland and Ireland to see racing at York, the sights at Edinburgh, Belfast, Athlone, Dublin and the Irish Derby at the Curragh.  Many photos from the trip are posted and the trip was a great success.  The weather in Scotland and Ireland was not to be believed: only 1.5 days of rain out of 9 days!  In the "truth is stranger than fiction" category, Jay Privman joined us in Athlone and on his way to Dublin and one day later he received a call from ESPN asking if he could cover the Irish Derby due to the illness of another broadcaster - and they had no idea he was in Ireland!  Bet that paid for Jay's U2 tickets the night following the Derby.

KG 8 (March 2008) - We headed to Cheltenham for what some consider the best 4 day racing festival on the planet.  The UK offered more wagers and beer in 4 days than is healthy - a perfect trip. Some of the group flew east to the Dubai World Cup races a couple of weeks later in the UAE.  www.cheltenham.co.uk

KG 9 (Oct / Nov 2010) - We returned to Melbourne for The Cup and Gai Waterhouse invited us to her open house at her stables at Flemington.  The wet weather just made the drinks that much better.

KG 10 (Nov 2013) Melbourne Cup. It really wasn't  the plan to make each succeeding event more extravagant than its antecedents but grandiloquent planning morphed into reality and over the next 15 years KG membership swelled as the venues became a collection of the world's best in thoroughbred racing spanning seven countries.  We sat on the finish lines of the Irish Derby, the Breeders Cup and Dubai World Cup. Were within a crown's throw of the Queen of England. But  KG X topped them all as we were regaled by the Queen of the Turf, Gai, replete with Melbourne Cup in hand.

It was a week of partying and punting never to forget. In the unrepentant quest for winners, our patron saint and handicapper, Murray provided the faithful with two 15-1 shots on Derby Day, thus keeping all from going home under greatly reduced circumstances.  A Mounting Yard Box fit for royalty and sheikhs;  an unlimited supply of the liquid staff of life; the inimitable KG camaraderie; the steady parade of short-time visits of the rich, famous and infamous; a glowing private artist; the unpredictable Melbourne weather co-operating as on queue. From the Carbine Club Luncheon to the last farewells at the foot of Flinders Station, this was the greatest KG Event ever.

We returned to the Melbourne Cup.

After a decade and a half of wanderlust through the terra nulluis of strange continents, the KGs have found a spiritual home in the city of the Yarra (below). Until we are together again, the best to all KGs and their friends. ~Roxy 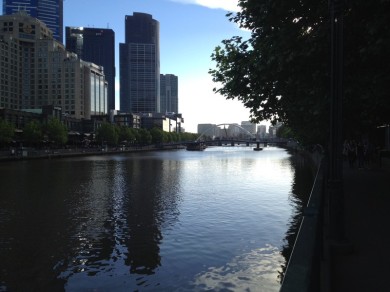 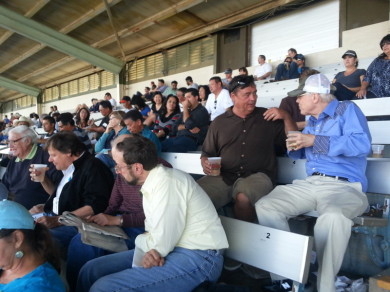